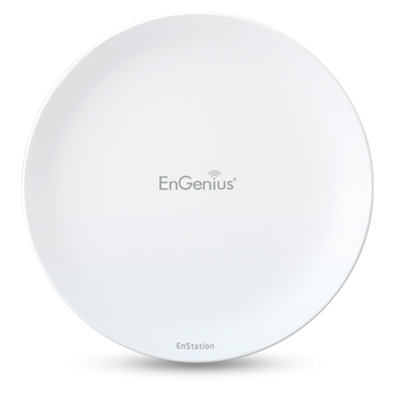 Off ering greater fl exibility in deployment, the EnStationAC features two Power-over-Ethernet (PoE) 802.3at-compliant Gigabit ports. Connect and power a second device such as a remote IP surveillance camera or Access Point and power both via the included passive 54v Gigabit PoE Adapter up to 328 feet.

These enhanced power options allow the AP/CB and a secondary device to be deployed where power outlets are scarce or unavailable, such as under the eaves of roofs, high atop light poles or in other remote locations.

Extended connectivity distances can be achieved when two EnStation units, of the same frequency band, are paired together in a Point-to-Point (PtP) or grouped with multiple units in a Point-to-Multipoint deployment. Aligning their respective dish-shaped antennas to directly face each other ensures each gets the full impact of the focused narrow wireless single beam, further reducing frequency interference over long-ranges.

Connect an EnGenius IP Surveillance Camera to EnStation’s secondary Gigabit (EnStationAC) or Fast (EnStation5/2) Ethernet port and utilize its long-range connectivity to send surveillance video back through the wireless network for extended surveillance coverage. Tethering a series of EnGenius IP Cameras to the EnStation gives you “eyes on” places you might not otherwise see – no matter how far away, with signifi cantly better results than traditional non-tethered wireless surveillance setups. 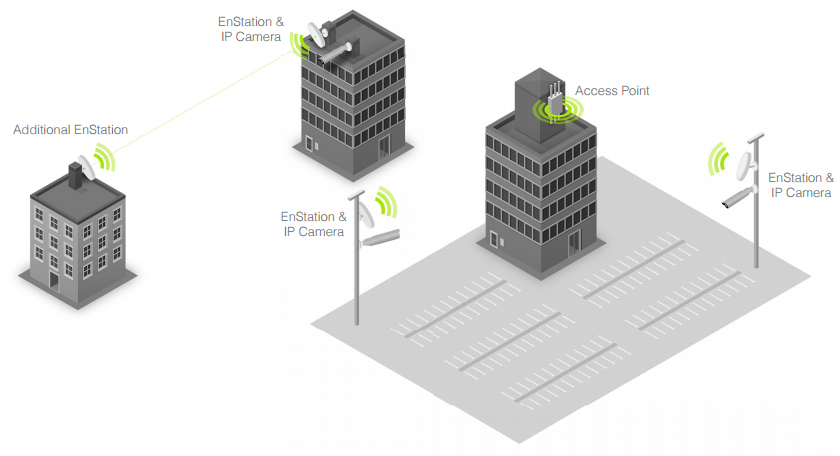 With enhanced power options, EnStation supports Power-over-Ethernet extending power up to 328 feet (100 m) away from a power outlet to EnStation’s mounting location, such as high atop rooftops, poles, rafters or other remote locations via its PoE Adapter or a compatible PoE Switch. All EnStation units include a PoE-compatible Power-over-Ethernet (PoE) adapter. EnStationAC is able to power PoE-compliant devices such as an IP Camera or Access Point directly via its secondary Gigabit PoE pass through port. 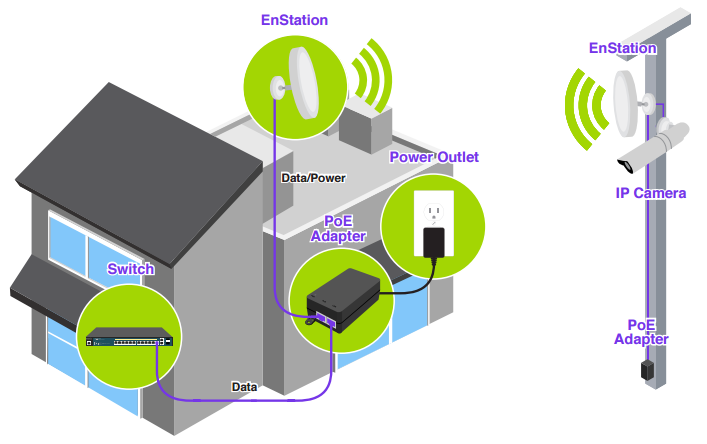 Extreme Distances Even in Extreme Weather

EnStation is designed to perform, even in harsh environments. Its IP55-rated waterproof and dustproof casing ensures it can withstand harsh outdoor climates and indoor industrial environments. This includes prolonged exposure outdoors to sunlight, extreme cold, frost, snow, rain, hail, heat and humidity, and indoors where temperature may be a factor. 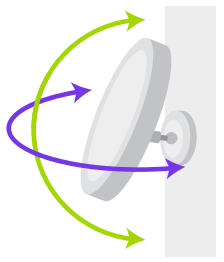 A 360-degree, 3-axis pivoting arm locks in place for precise alignment with a matching EnStation unit in point-to-point scenarios. EnStation is easily mounted to a variety of surfaces or poles with the included mounting kits.

With EnGenius’ EZ Controller Software, EnStation units that are deployed on rooftops or in other difficult to access locations can be reconfigured to different operational modes and upgraded remotely without manually connecting to them onsite. 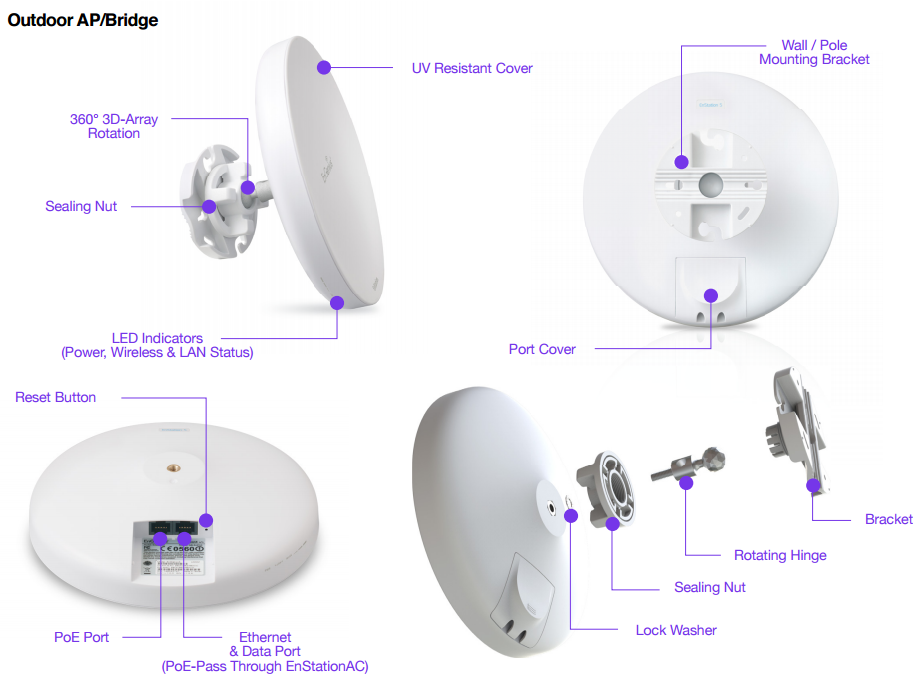 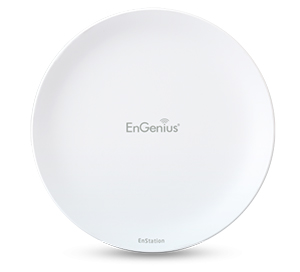 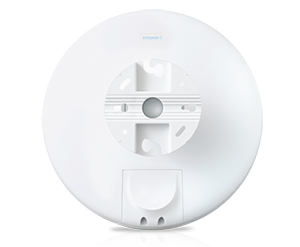 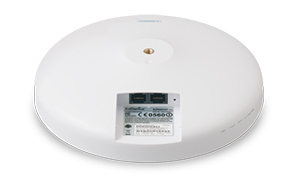